Hello! I feel like in the past few weeks I’ve had a lot to post about with crazy pictures and GIFs but all of a sudden this week seems somewhat less eventful and more calm. This is probably a good thing! I’ve continued to feel a lot better (yay!) aside from some annoying pain medication side effects (yuck!). I don’t even need the pain meds anymore but I have to taper them so I don’t go through withdrawal since they are narcotics (yikes!). One exciting thing is that I’ve been venturing out of the neighborhood more. I even rode on the subway (yeah!) and went to the Union Square farmers market where I bought these delicious veggies (yum!). Ok, I’ll stop with the parenthesis now… 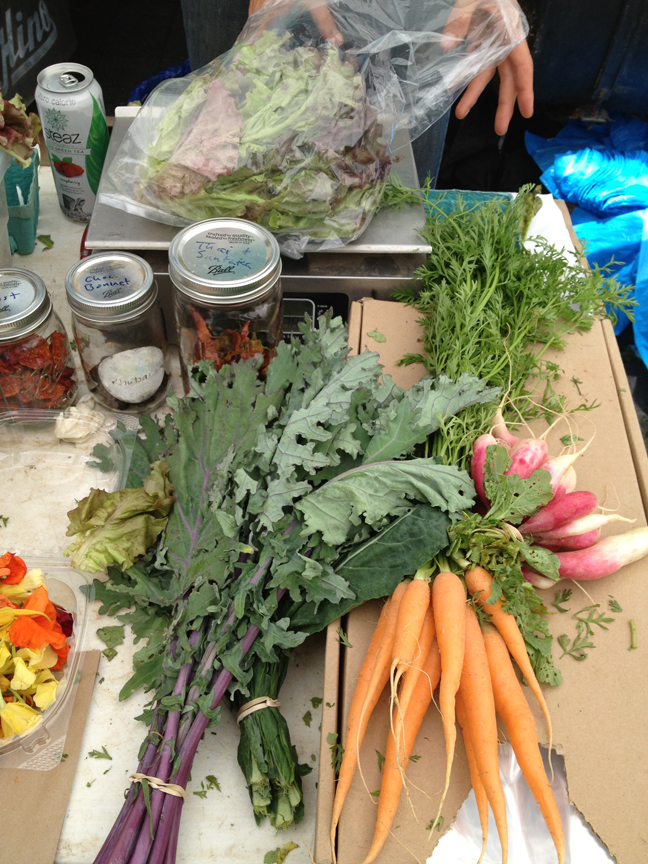 My cousin Adrienne has been here visiting this week which has been really fun. She has been showering me with tons of gifts throughout my illness and its sooooo sweet. She’s given me great socks, stationery, a lovely scarf, toys (including a giraffe stuffed animal) and then last night she gave me another amazing present! She told me she bought these crystals at a fair held at her sons school many years ago but didn’t really know why she bought them other than they looked really cool. She figured one day she would find a purpose for them and said she wanted me to have them since she knew I loved crystals so much! 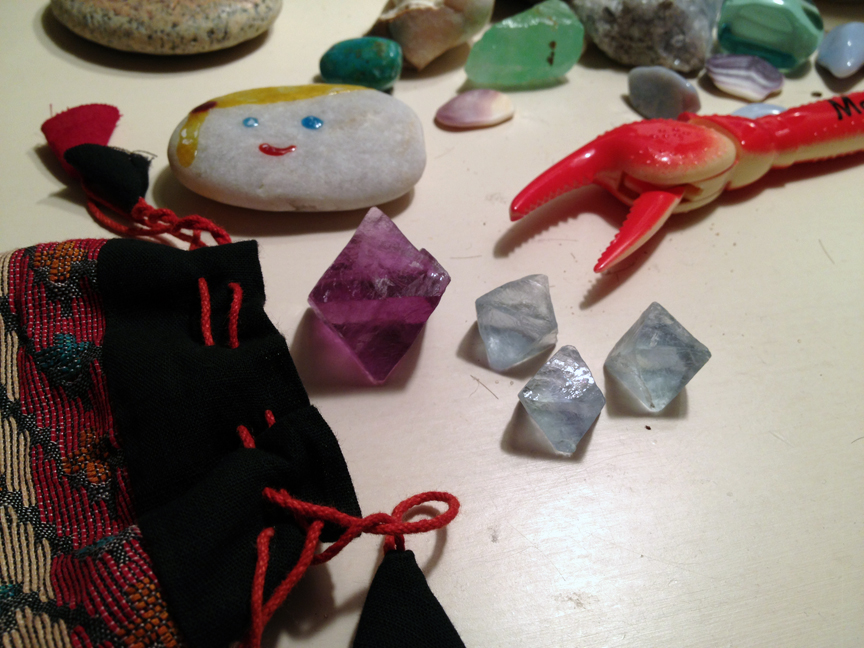 I love the shape of the crystals because they feel very old as if they were carved by a crystal afficionado in the 17th century! They even came in this embroidered satchel! Oh and she gave me that lobster claw pen in the photo above which is highly entertaining! The claw clicks open and closed as the pen tip retracts. For some reason, I enjoy hooking the claw on the septum of my nose. Yes, I admit I am a very strange person. Being sick is seriously like having a birthday that never ends! It’s pretty nice to be showered with love and presents all the time. I really can’t complain. Thank you Adrienne!

Another daily gift that I am grateful for is from Steve’s dad who has emailed me with jokes every single day since May 8th! It’s pretty amazing! I’ll share a few of my favorite with you here:

Two cannibals are eating a clown.  One says to the other:  “Does this taste funny to you?”

Two antennas met on a roof, fell in love and got married.  The ceremony wasn’t much, but the reception was excellent.

I just learned that all the toilets in New York’s police stations have been stolen.  The police have nothing to go on.

Hahahaha. So good. Today when I was walking to meet some friends for dinner I was thinking of my own funny sorta joke that I could maybe tell if I was a stand-up comedian or something. Here goes. So I was thinking about how there is some sort of human tendency to relate to people who look like you so when I see a bald man, I can’t help but think, “Hey! One of my people!” but then I remember, no, that’s just a bald guy. Now that I’ve written this “joke” down I’m not sure that’s actually funny. Maybe it has to be told verbally with a Seinfeld-esque intonation (which is how it sounds in my head) for it to be funny. Hahaha. But seriously, I do feel camaraderie when I see beautiful bald women at Sloan. They are my people and I send them my love!

Finally, the t-shirts I designed for my dad’s firm arrived yesterday. Sadly, the race was cancelled today because of the crazy rain. What’s with the weather New York? Can’t you be more like your sister LA? 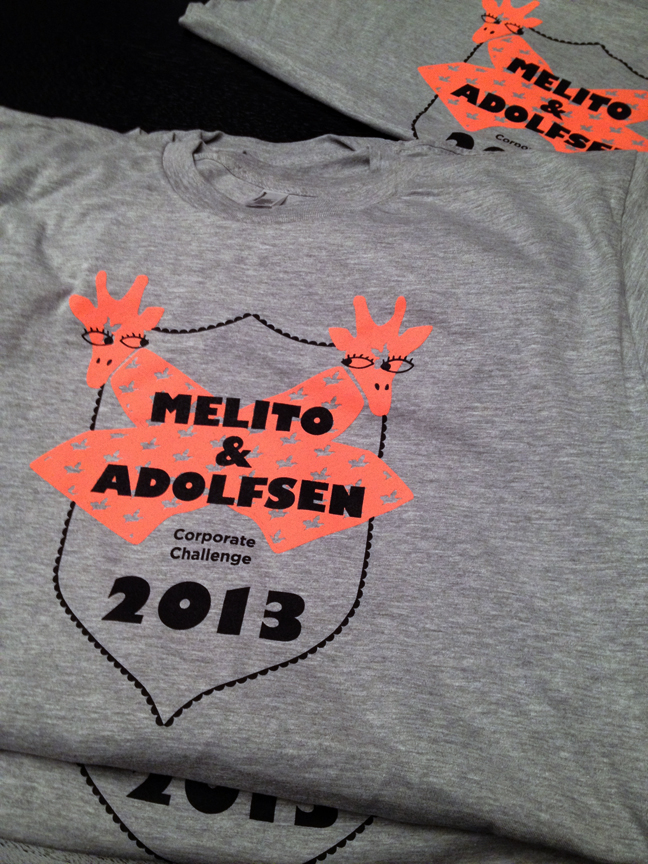 2 Responses to The Week