Hello out there. So yesterday my double digit chemo experience was pretty rough. Warning/Disclaimer: This post contains ranting and TMI (too much information) so please be warned.

So I’d like to end on a fun positive note! Here’s a picture from when Steve and I were FaceTiming the other night. 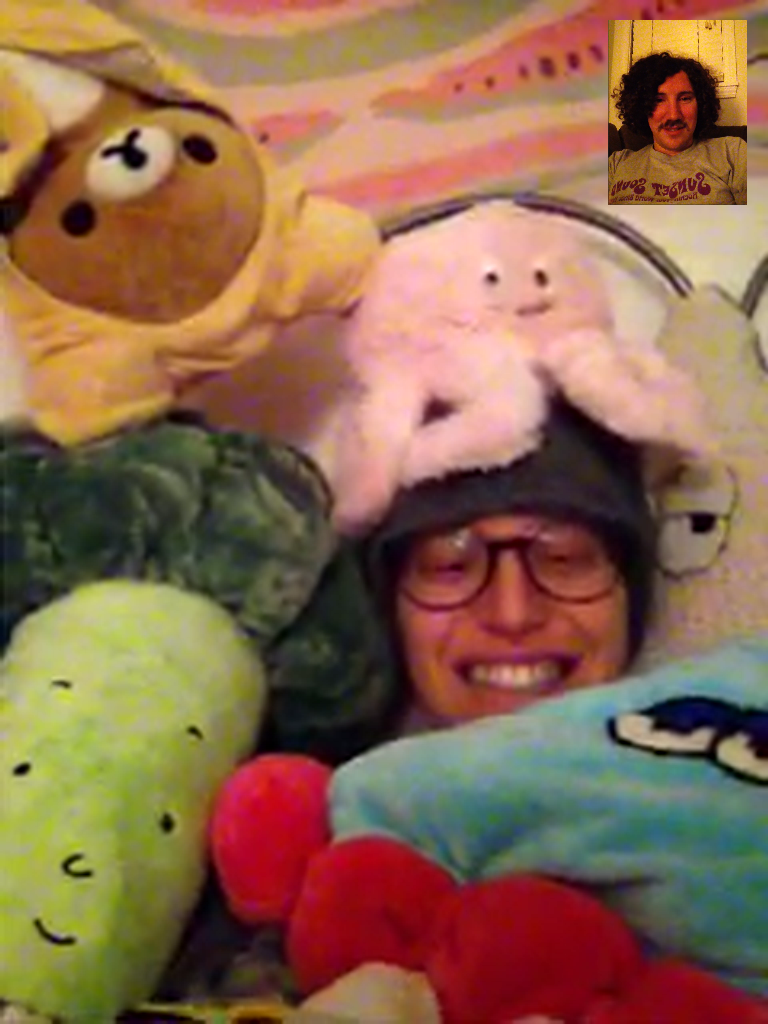 Where else would I want to be but snuggled up with my stuffed animals. I’d like Steve to be there too instead of in the virtual box on the top right. But soon enough! He arrives for a week from tomorrow and he’ll be here for a whole week! Woohooo! Ok, I hope you all enjoy your weekend. xoxo Lauren

5 Responses to I Won’t Back Down