Hello. I don’t know where to begin. I’ve been meaning to write all week but just couldn’t find the time. Things have been very overwhelming and exhausting. So maybe I’ll jump back all the way to Thanksgiving to share some nice pictures from when Steve was here. Thanksgiving dinner at my Aunt and Uncle’s house was so nice. Look how pretty and delicious my place setting was! 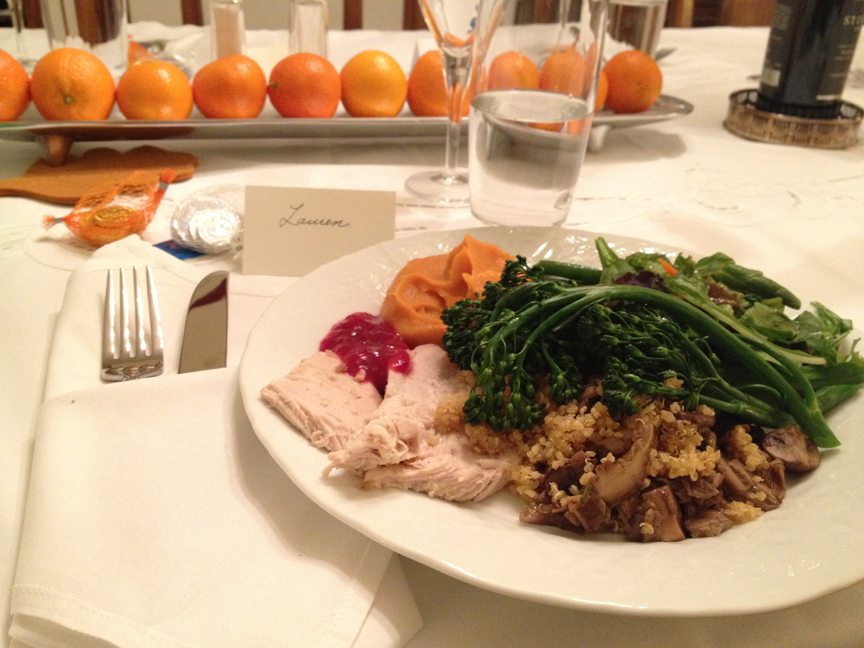 My uncle had a banjo jam session and showed Steve his collection. 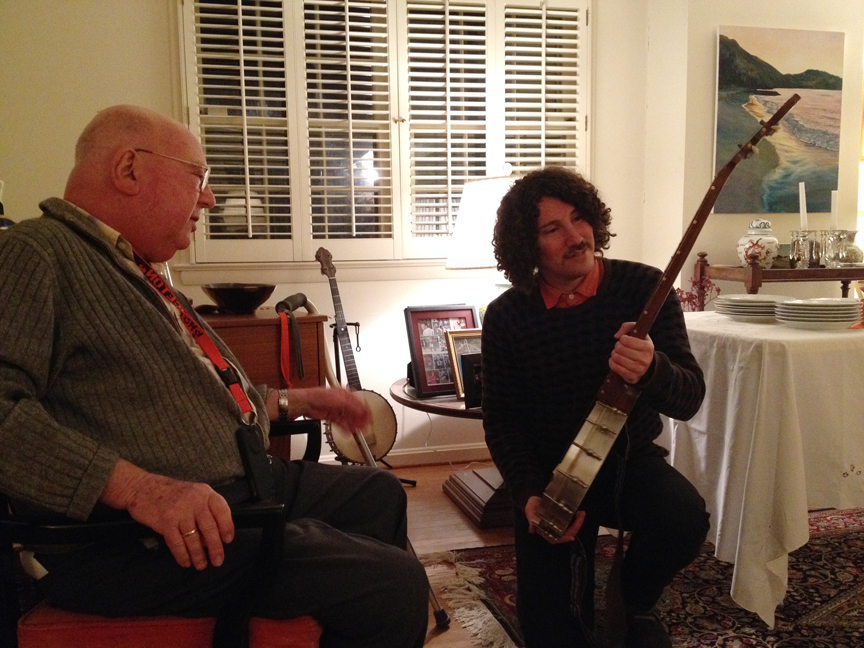 While we were in DC we ate at this amazing cafe at the American Indian Museum called Mitsitam that has food from different regions. 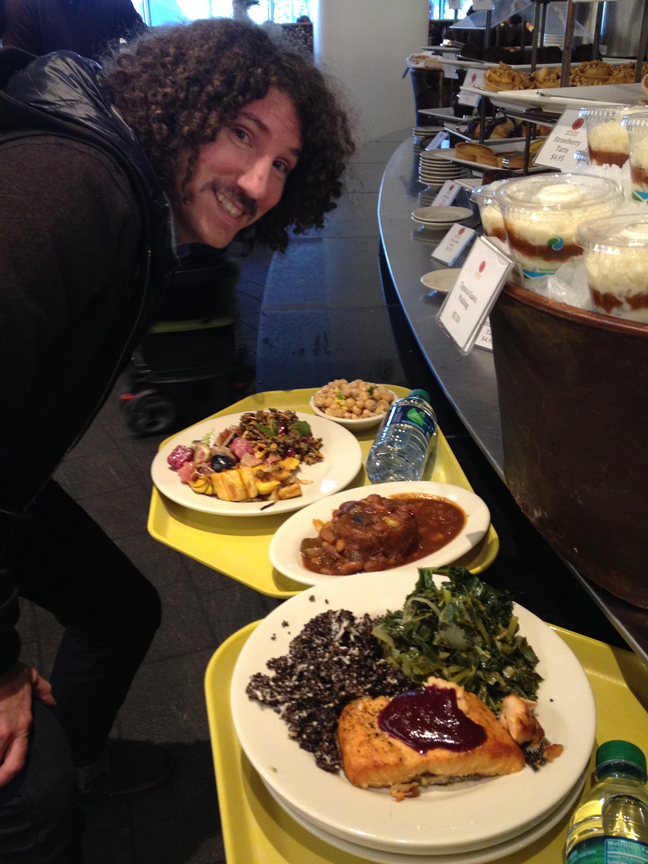 When we got back to NYC I cooked up a yummy soba Otsu meal with my buddies Sam and Aurora. 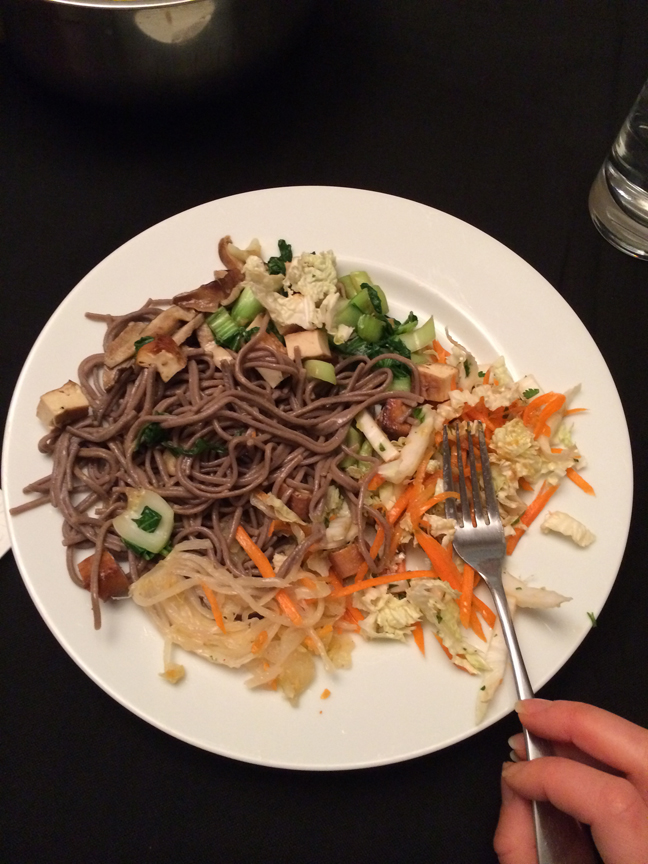 Then Steve had to leave and I totally cried (just like I did last time he visited in July). But I had a busy week to distract me including going to Boston to meet with that doctor at Mass General. He was a very nice doctor and looked to be about my age if not even a little younger. He told us that there is an opening for a PIK3 Kinase Inhibitor trial for me so they are holding the spot for me until Monday when I will make my final decision. We are meeting with the doctor at Sloan again on Monday to find out if they have an opening on the trial here which is for a drug called KPT 330. Here’s a link to the trial at Sloan which sounds really cool to me. It sounds like an interesting mechanism for disrupting cancer cell growth and I’m eager to learn more about it on Monday. The PIK3 trial at Mass General sounded encouraging because they told me that head and neck cancer patients have been responders to it and those kinds of cancers are the same cell type (squamous cell) as cervical. But my biggest concern is that once you join a PIK3 trial you become ineligible for other ones and there are so many! So how in the heck am I supposed to know if this is the right one for me to try? My mom and I have been overwhelmed and frustrated at trying to figure this out because the doctors really don’t give you any guidance on what to try first. Plus they are invested in their own trial and want you to join that one. And there are tons of trials going on all over the world and I am only considering two right now because they are nearby. What if there’s one in Germany that would be perfect for me? There does not seem to be an impartial consultant or patient advocate to help us figure out what to do which is incredibly frustrating. The clinical trials website is not easy to navigate and the doctor in Boston told us that it’s very rarely updated so most likely out of date. So we are consulting with a few friends who are more connected to this field to get their opinion. Another aspect that makes me a little disillusioned is the fact that this is all run by the pharmaceutical industry which I don’t think has my best interest in mind if you know I mean. Dollar Bills!!! Plus, this may just be the stress but for the past few days I’ve had this weird headache that has made me neurotically assume that I have a brain metastases (i.e. the cancer spread to my brain) which aside from dying is probably my biggest fear (probably because it would lead to dying…sorry, so morbid). I read that it’s very rare for any gynecological cancer to spread to the brain but I wonder if I should get it checked out for my sanity. Plus, I read that if you have brain metastases you are ineligible for most clinical trials. Well, let’s cross our fingers I’m just imagining all this. In an attempt to cover all the bases, I’ve also been putting some of my research into alternative therapies again including this book that my acupuncturist recommended: 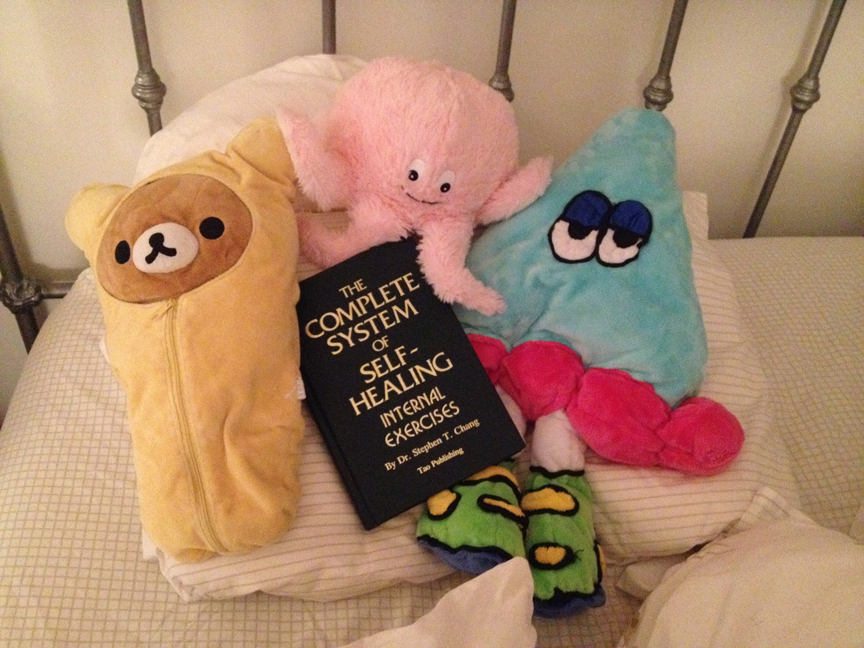 It seems really cool. It’s part of Taosim called the Tao of Revitalization. And last night I was reading this book Steve told me about called Cancer-Free that recommends a specific regimen of supplements to boost your immune system to get rid of cancer. One of the recommendations is this thing called the Budwig diet where you mix cottage cheese with flaxseed oil. Who knew? I think it’s important to feel empowered by these alternative medicine regimens because dealing with these clinical trials feels like shooting in the dark and that’s not the most positive or encouraging feeling when you are fighting cancer. I’m already following the diet the book recommends which is gluten and dairy free and mostly vegan. So I know I’m doing something right! Aside from all this stress, I’ve been having a moderate amount of pain which has been very draining. I finally took some Advil/Aleve last night and was happy to see that it helped because I really don’t want to go back on the opiods unless I absolutely have to. But this morning my pain feels OK and during the night I didn’t have much either. Ok well, I’m off to start the day. Oh yeah, I’ve been meaning to ask you all. If you have any religious friends or family, could you please ask them to pray for me? That would be so awesome! I’ll take all the healing prayers I can get! Thank you! xoxo Lauren