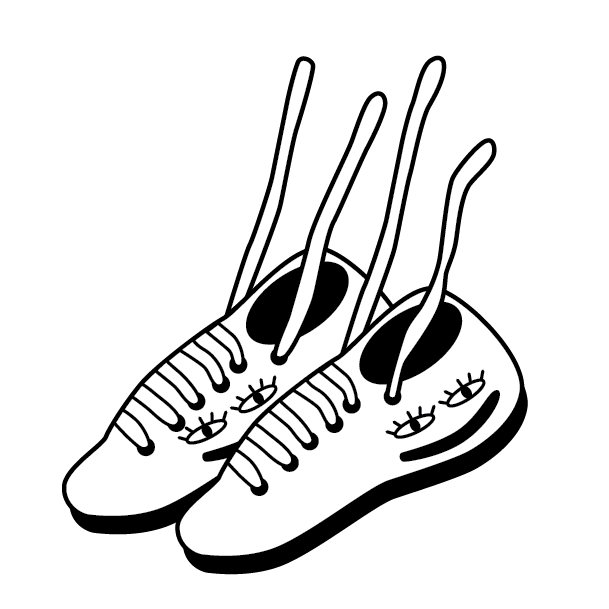 Check it out! I’ve been pretty behind in creating more icons for my project but I got this one done over the long weekend. I’ve actually been pretty sick and in bed since last Thursday. I thought it was a sinus infection but who knows really. It was weird because I was already on anti-biotics when I got sick but with lots of bed rest, adult baby food, and meditation/chanting I seem to be on the mend! But back to this icon! So you may be wondering why it’s not food! Well! In the Integrative Nutrition program they talk all the time about “primary foods” which include exercise, relationships, spirituality, etc. So I wanted to make one about running/exercise. I haven’t been doing much of this myself lately because I have been sick but I plan to run the reservoir in Silver Lake as much as possible when I move back to LA. There is no debate over whether exercise is good for you so we should all do it! I never used to be a runner but when I started running around the reservoir, I got hooked!

Speaking of LA, over the weekend my dad kept encouraging me to go to LA as much as possible to see Steve and my friends and enjoy myself. I agreed with him but wanted to make sure I rest enough and don’t wear myself out from traveling. I’m the kind of person who gets anxious about traveling. It’s not a fear of flying but anxiety about little details and things I’ll forget to pack and just getting burned out. I was this way before I got sick. But the plane ride on the last trip really wasn’t so bad. So, yesterday I was feeling so much better that I decided to plan a last minute trip to LA for this weekend!!! Ahhhhh!!! I am a little nervous about flying because of germs and I want to make sure I’m fully better but I think it will be OK. I’ll wear a surgical mask and make sure not to sit next to someone who looks very ill. Wow, I’m really sounding like a crazy neurotic person today. Anyhoo, I’m very excited to go back because the last trip was filled with so many hectic components including packing, moving, and you know, oral surgery, etc. So next time you hear from me I’ll probably fresh off the California sun ready for another round of chemotherapy!

But until next time I wanted to leave you with this hilarious photo I found. I was talking to a friend about how sometimes having cancer makes me feel like an alien. It’s a combination of forces: being bald and looking weird, feeling like a science experiment from toxic chemicals infused into my body, and the idea that you join a new “race” of people who are inherently different from the average healthy person with a whole new set of issues. So then I somehow remembered that TV show from the 1980s called Alien Nation where the aliens had these oversized bald heads with, get this, GIRAFFE patterns on their head! Did anyone watch this show? I only vaguely remember it. I was pretty young when it was on but maybe I saw reruns? Now I know what I’m being for Halloween! Easiest costume ever! Except I guess that most people probably don’t remember the show and my head is actually a nice normal shape. Here’s a pic of the lovely giraffe-head lady! This could be me!!! 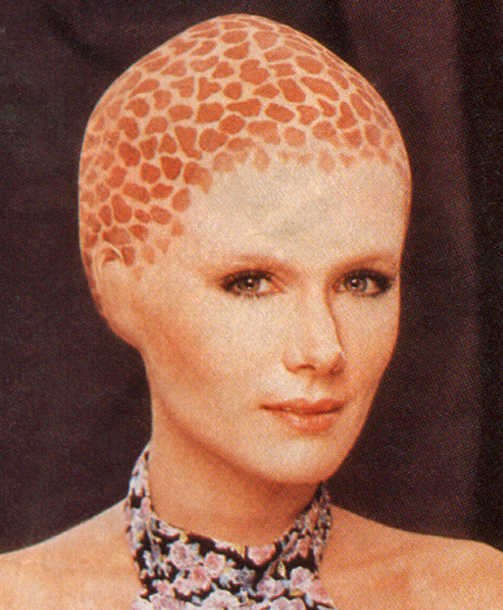 This entry was posted in Icons and tagged health, icon, illustration, nutrition. Bookmark the permalink.

One Response to Sneakers Icon and Giraffe Head!