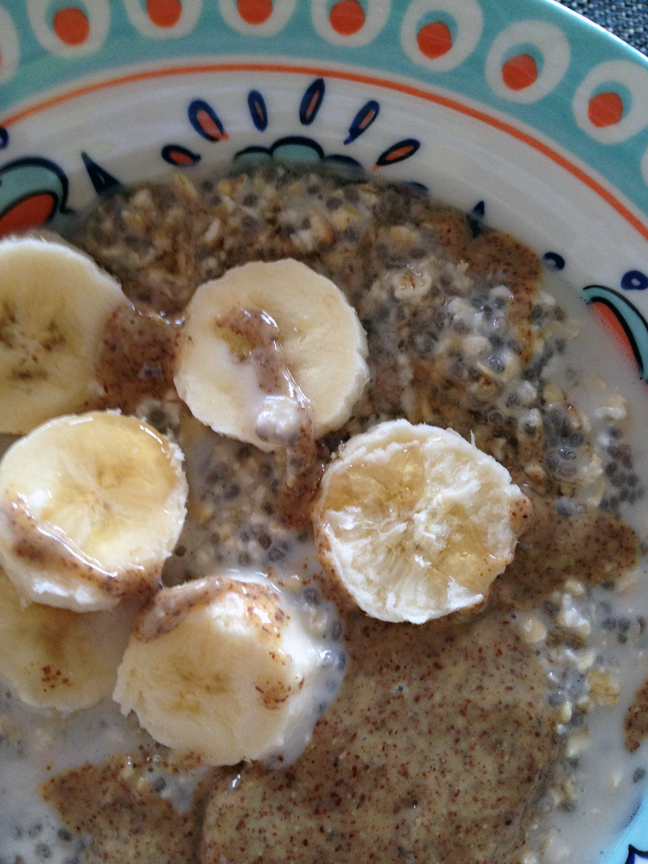 Yesterday I saw this recipe for Overnight Oats with Chia Seeds on the blog Anja’s Food 4 Thought that I subscribe to in my Feedly. I haven’t looked at this blog in a long time but seems to have some great recipes! It was so easy to make and came out so delicious! In the morning I added bananas, maple syrup and almond butter! So nice and refreshing for the summer! One thing though, the almond milk I used is from whole foods (I always buy unsweetened btw) and it doesn’t have this food additive called Carrageenan that I’ve heard is a controversial additive. Some people believe its a carcinogen and “studies have observed colitis-like disease and tumor promotion.” I just quoted that from the wikipedia page. It’s inconclusive but like so many food additives that are “generally approved as safe” by the FDA I’d rather avoid it. I have more tumors in my body than I’d ever want to have thank you very much. Hahaha. I know it’s a different kind of cancer but better safe than sorry, right? My friend Mindy in LA was making her own Almond Milk last fall and made a few batches for me and it was delicious. She had a machine that she used but here’s a recipe for making it with just a blender or food processor. Plus you get the leftover almond meal which you can use to make gluten free muffins like these ones I saw on another blog that I wanna make (or ask Rachel to make). She’s been making these amazing almond meal muffins with carrots and pecans lately that I am addicted to. I literally eat two a day! But they don’t have any gluten or sugar (just maple syrup) so I can’t feel that guilty, right? Geez, I’m chatty Cathy today filled with recipes! On the opposite spectrum of food news, last night I indulged in REAL ice cream at Big Gay Ice Cream: 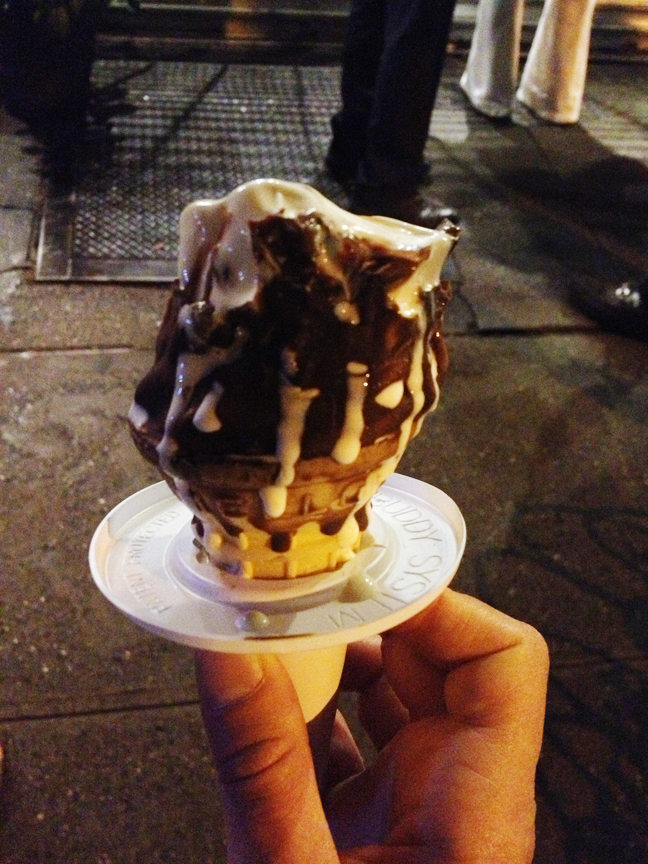 I got the “Salty Pimp” cone which has dulce de leche and sea salt in a chocolate dip. It was pretty damn amazing. I also kinda finished off my friend Amanda’s cone which was a waffle cone lined with Nutella. Let’s just say I felt pretty sick last night!!! I don’t think I’ll be indulging in real ice cream for awhile. I had wanted to go to this vegan ice cream place called Lulu’s but they are closed for some mysterious reason. Oh well! Finally, the other night my Dad came home with this amazing dachshund balloon that is deceptively real looking when it moves! Well, in a cartoon way I guess. 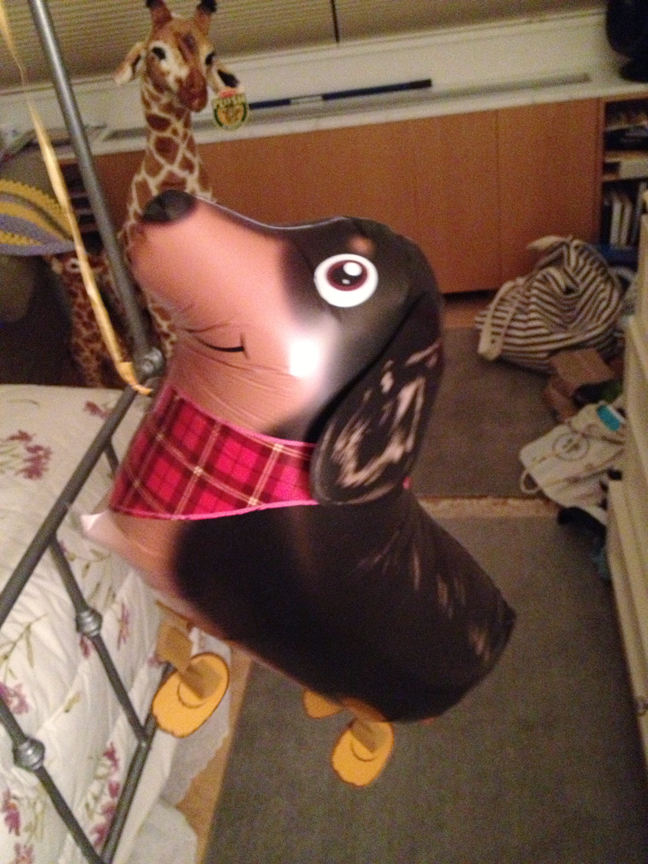 Alright, happy weekend to you all! xoxo Lauren